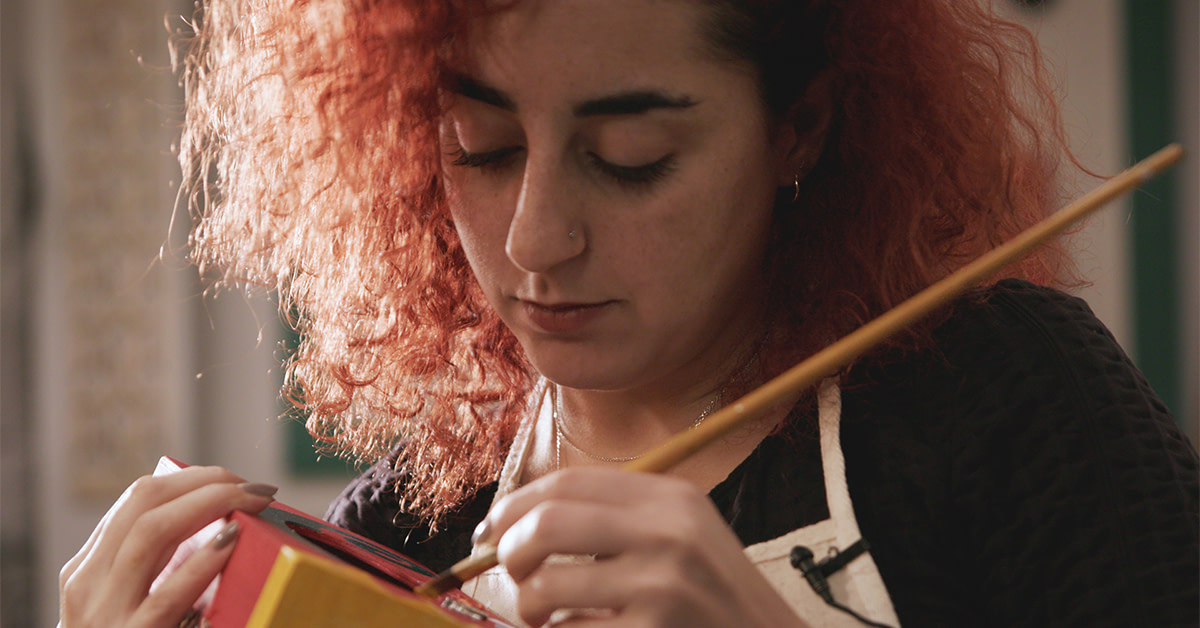 Ilat Knayzeh is a painter, graphic designer and art director from Lebanon. She graduated from the Lebanese American University in 2012 as a graphic designer. Ilat has taken painting classes during her childhood in “Fabriano” and with the deceased painter “Haidar Hammoui”.

She started growing a personal painting style in 2009, and she has had two solo exhibitions so far, Rodinia, in march of 2015 and Qozah in February of 2016. She participated in many exhibitions in Lebanon; in Al Madina Theatre In September 2012 and 2013, Palais UNESCO, Lebanese American University & ARTspace Hamra in 2016 among others. Her installation “HORMA” is part of the permanent collection of MACAM museum in Jbeil.

Inspired by the African culture, the tribal life and the oriental cultures, you can see the diversity of colors and the bold yet beautiful combinations she uses. Ilat’s abstract paintings made her realize that all humans originated from the same place, yet one painting can be seen in a million different ways by different persons. She uses colors to express feelings like anger and happiness.

Not only an artist, Ilat is a co-founder of the NGO AGONISTIK for performing arts & member of MMKN, an NGO that focuses on empowering women & supporting children of the public schools in Lebanon. She has also worked in many filmmaking & theater productions since 2008 as a Production Designer, Art Director/set designer & Assistant Director/stage manager. She recently started a film production company with 3 partners in Beirut.

Whether it's video editing or color grading,  graphic design, or animation, you can rent a  post production room and work on your own, or with your post-production team, or hire us at Fine Line Production to work together on your  project.